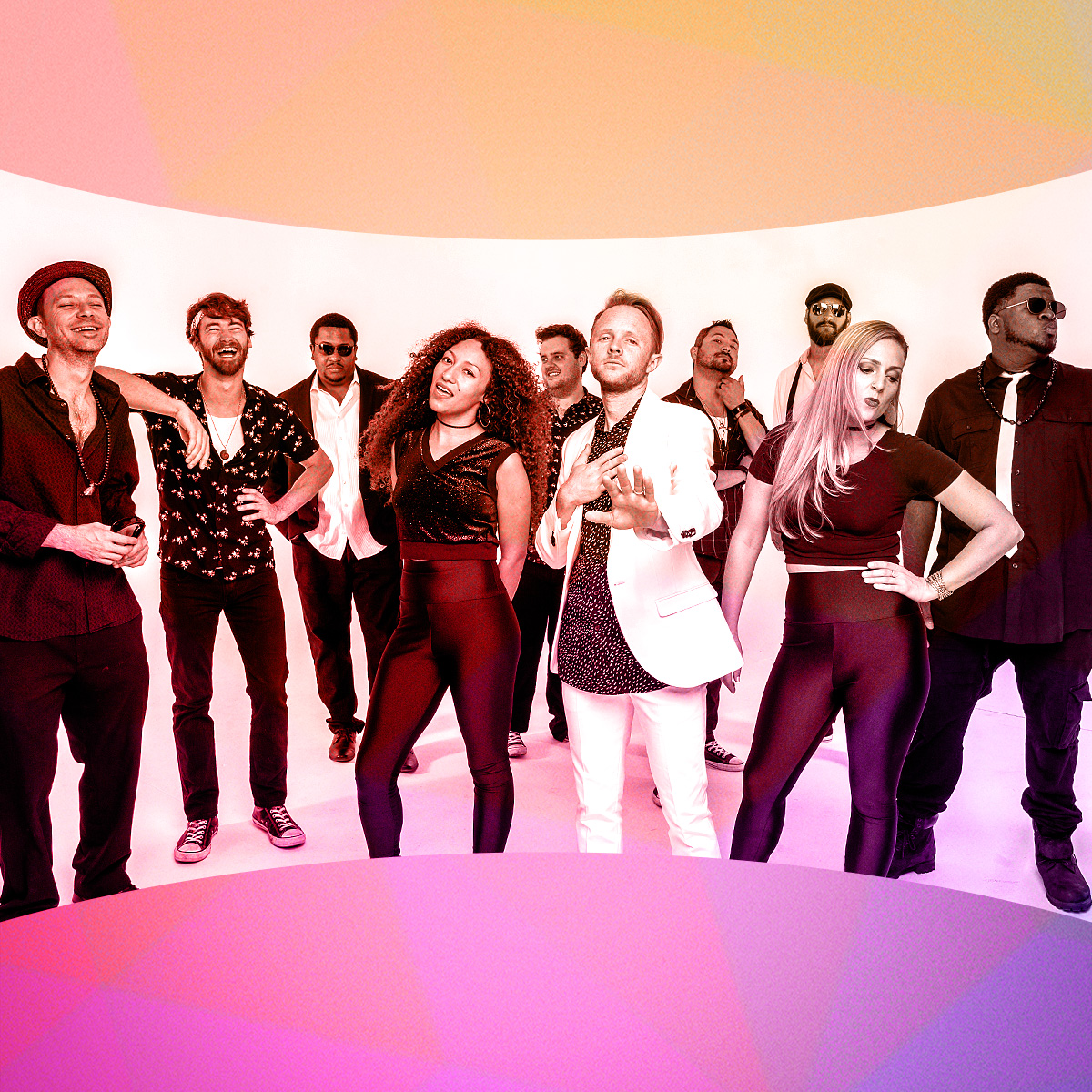 The Nightowls, Austin’s favorite good-time-having, dance-inducing, 10-piece band, are bringing their epic Sunday Block Party celebration to the 3TEN stage! Join us from 4-7:30PM on Sundays August 8, September 12, October 17, and November 14 for the late brunch dance party that’ll put the cherry on top of your weekend.

After years of reverent exploration and immersion in classic soul and R&B, it can be said The Nightowls has learned its history. Now, the Austin-based groove machine is ready to not repeat it.

Casting aside its throwback artistic ethos, the 10-piece band boldly paves its own path with the sensual pop and smoldering grooves of the aptly titled, We Are The Nightowls, out April 27. It’s a masterful album that benefits from a stable lineup, and crisp modern production courtesy of Chris Bell (Erykah Badu, North Mississippi Allstars, Kenny Wayne Shepherd).

“Previously, it was important for us to look back and pay tribute to the past, but now it’s time to move the ball forward and do something unique,” says the band’s visionary, main songwriter, and singer Ryan Harkrider.

The group has earned prime regional and national accolades from The Austin Chronicle, Austin Monthly, Texas Music Magazine, The Atlantic, Southern Living, Relix, and Pollstar. The 10-piece band has also fervently spread the gospel of classic R&B and soul around the country with regional and national tours, select highlight performances include incendiary appearances Austin City Limits and South by Southwest.

These soul saviors have apprenticed at the finest institutions. The Fame Sessions album was tracked at the venerated Muscle Shoals studio (Aretha Franklin, Wilson Pickett, The Rolling Stones), and the Royal Sessions was recorded at Willie Mitchell and Al Green’s legendary studio.

The connotations of definitiveness on, We Are The Nightowls, are intentional. The record is the result of two years of soul searching. “It was important to write something authentic to the band that didn’t feel dated,” Ryan says. So, instead of looking at the timeline of American soul for inspiration, he sought the vibrant laboratory of groove right in his rehearsal room.

The resulting 11-song album is thoughtfully sequenced, frontloaded with sleek song-oriented pop-R&B with a spacey interlude that announces a party side, showcasing the band’s limber funkiness. One gem from Ryan’s intention to the let band just be who they are is the crushed velvet soul of “Don’t It Feel Weird.” The track was built from ideas the band worked up recording while letting loose in the studio. From that soulful seedling, Ryan finessed a song brimming with slinky musical motifs, stately strings, dreamy harmony singing, and silken pop-R&B vocals.

Other standouts include “#selfiequeen,” “All The Good Things You Are,” “and “Get Funked Up.” “#selfiequeen” is a slick dose of percolating funk, playfully calling out The Nightowls show-goers tradition of capturing the moment. “All The Good Things You Are” oozes elegance courtesy of majestic strings and just a touch of 1990s Boyz II Men R&B. The party heats up on the rowdy and stanky “Get Funked Up,” offering the band a chance to flex its live-show muscle with a banger.

We Are The Nightowls is no doubt a breakthrough album. For Ryan, its rewards are in its gifts of personal and creative growth. He says: “In the past, I had a clear vision of what a band doing something that happened 40 years ago looks and sounds like. For this album, I had to let that go, trust in myself, and trust in the people around me to move forward.”