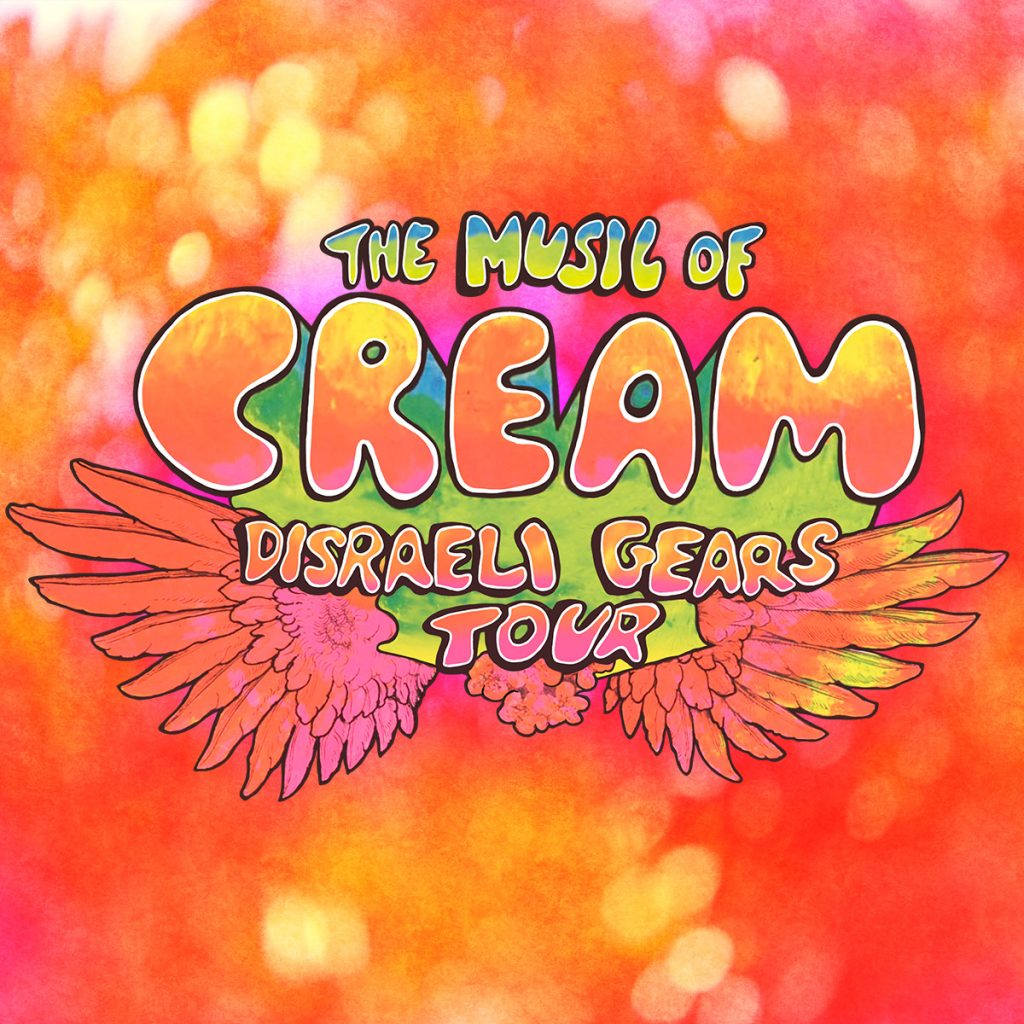 ABOUT THE MUSIC OF CREAM

Cream was a chemical explosion like no other, the blueprint for every supergroup to follow and the heavy blues precursor to Hendrix, Zeppelin and so much more. Fifty years since their earth-shaking debut album, the bloodlines of that hallowed trilogy come together to pay tribute to Cream’s legendary four-album reign over the psychedelic frontier of the late 1960s.
Today, Kofi BAKER (son of Ginger) and Malcolm BRUCE (son of Jack) unite with Will Johns (Eric’s Nephew and son of Zeppelin/ Stones/ Hendrix engineer Andy) unleash the lightning that electrified a generation in an extensive World Tour and next year will be celebrating their biggest album – Disraeli Gears.
Feel the fire and the freedom of “Spoonful”, “Strange Brew”, “Sunshine of Your Love”, “White Room”, “Crossroads” and “Badge” — Listen to the stories and see them interplay with their mentors on the big screen — master musicians whose lives have been steeped in the Cream spirit, celebrating an extraordinary legacy.
Best Classic Bands – “Music of Cream performs a night of non-stop Cream tracks, but it is more than just a tribute band. The fact that the sons of two of the original band’s members have assumed their dads’ roles certainly gives this a sense of authenticity, but that only gets a band so far. This trio has the talent to live up to the Cream legacy, and they do amazing things with the material. Rather than simply replicate the original recordings and arrangements, they take the music to new places, creating a fresh, in-the-moment concert experience.” – Best Classic Bands