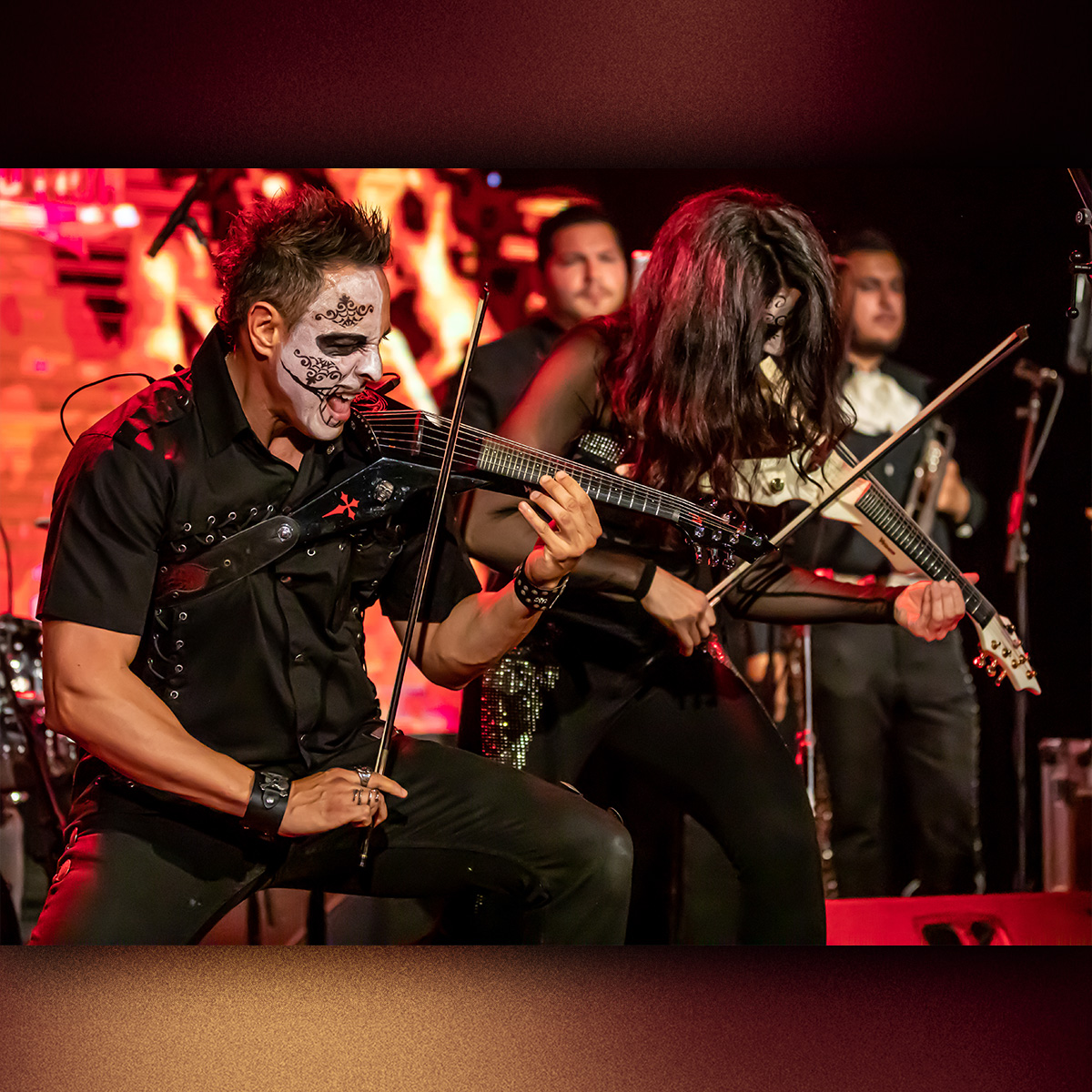 Tequila Rock Revolution is a metal-fueled, Mariachi-infused spectacle of sight and sound paying homage to the tradition of Mariachi through an unprecedented fusion with modern metal and electronica. The band is the brainchild of Austin Latino Rocker/Electric Violinist Haydn Vitera.

TRR’s latest performance was a sold-out show at 3Ten-ACL Live, one of Austin’s premiere concert venues, on May 7, 2021. The band’s digital releases include high-octane renditions of Mariachi standards “El Cascabel” and “Cancion Del Mariachi,” a dark re-imagining of the ballad “Remember Me” from the Oscar-winning film Coco, and most recently, a collaboration with rock violinists/vocalists Cassandra Sotos and Haydn Vitera on a powerful signature version of the classic Ozzy Osbourne/Lita Ford duet “Close My Eyes Forever” available now on all streaming outlets and YouTube.

Performing classic Metal anthems from 80’s hard rock bands such as Guns ‘N Roses, Motley Crue, Ozzy, Ratt, Van Halen and many more – BANG is here to melt your face off and get the heavy metal party started.