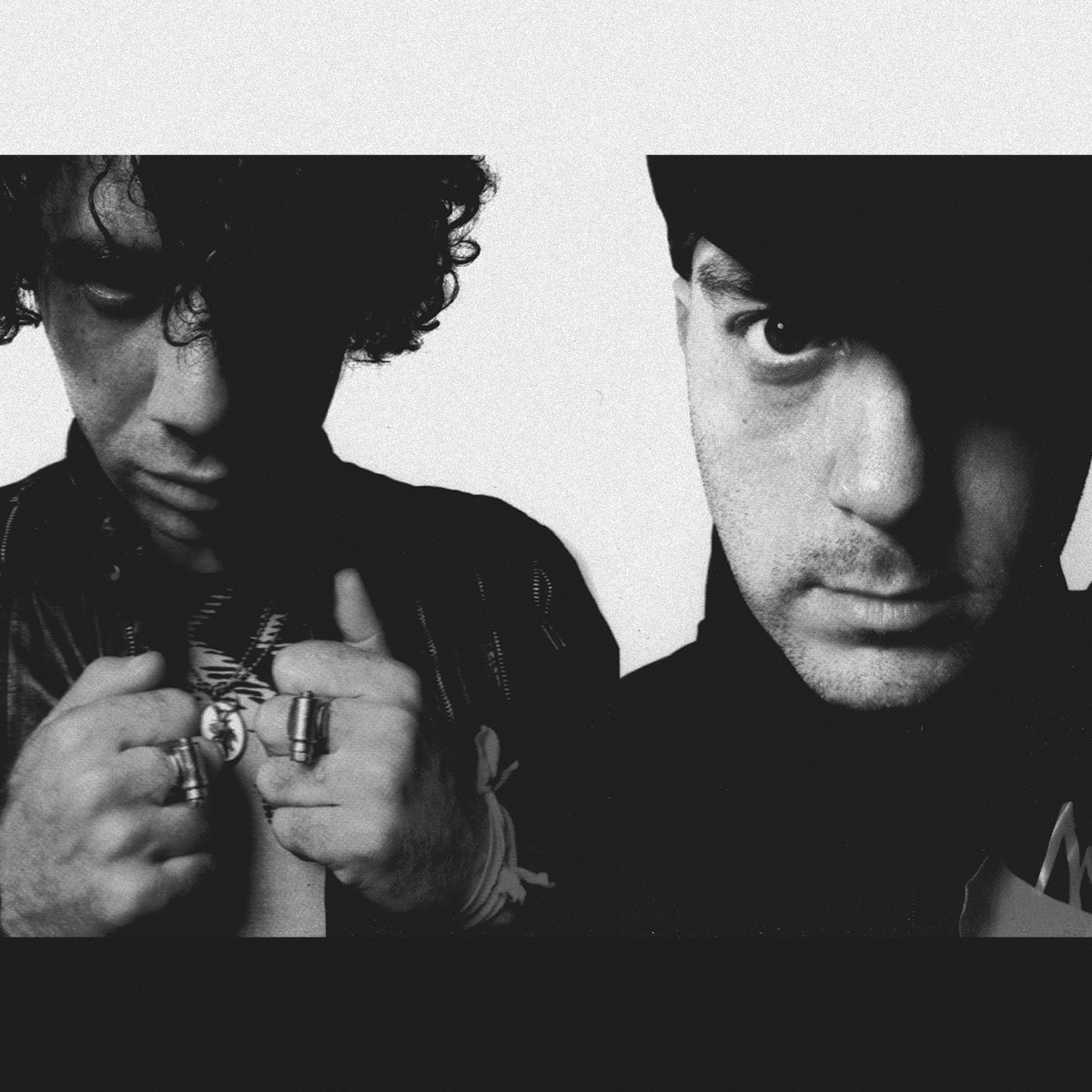 ABOUT SHE WANTS REVENGE

She Wants Revenge, the dark-alternative duo who first exploded onto the scene with 2005’s evergreen hit and dance floor classic, “Tear You Apart”, have reformed after a two-and-a-halfyear split, with tour dates, a new lineup, and their first album in over 10 years.

For childhood friends Justin Warfield and Adam Bravin, She Wants Revenge began as a production duo making songs to DJ at clubs. But when a 3-song CD was passed to a friend, they signed to Geffen records, and soon their demos became the basis of 2005’s self-titled LP.

They hit the road supporting Bloc Party, The Kills, and OKGO, and on one of their cross-country runs, their dark, minimalist bass-heavy throwback, “Tear You Apart” became a bona fide hit. Soon they were opening for Depeche Mode, The Psychedelic Furs, Placebo, co-headlining with Peter Murphy of Bauhaus, and headlining Coachella alongside Daft Punk. In under a year the oddball song they thought sounded like an evil version of the B52’s or Wall of Voodoo had them blitzing through the late-night talk show circuit, and with singles “Out of Control”, and “These Things” also climbing the charts, they went on to sell over 300,000 albums just as streaming began to drastically reshape the music industry.

They released their 2nd album, This Is Forever (2007), followed by the stylistic turn of dual EP’s Save Your Soul (2008) and Up and Down (2009), and finally, their swan song, Valleyheart (2011). Musically and creatively, their sound evolved over those four years, and long after the radio hits faded, the live shows grew as more and more devoted fans discovered them. Along the way they collaborated with Timbaland, made videos with Shirley Manson and Joaquin Phoenix, and created a body of work that both broke new ground, while also paying homage to the music, films, and pop-culture which shaped their youth.

Though they came to prominence in the mid-aughts post-punk revival, Justin and Adam were more indebted to their early influences; Prince, Tangerine Dream, ELO, Giorgio Moroder, and 90s hip-hop. It was their true to the era production style, thoughtful songwriting, and heart-onthe- sleeve lyricism which ran counter to the studied dance punk and emotionally distanced, clever sound of their contemporaries which endeared them to the legions of fans who hungered for their brand of bold, emotive music which was sorely lacking at the time. In doing so, they made fans of both the older “all-black” crowd as well as their younger counterparts, and more pointedly, drew nods and praise from the bands who directly inspired them – cementing SWR’s legacy as torch bearers for the moody and morose who came before. Road-worn and weary from a breakneck touring schedule, the band announced in 2012 that they’d be going on an indefinite hiatus. For their fans to whom they’d become like musical family, this was nothing short of heartbreaking, the uncertainty of the word, “hiatus” only making it worse. But behind the scenes, it was clear; this was a break-up, and difficult as it may have been, it was the only way to retain the friendship which was at the heart of all they’d done. Rather than subject audiences to punch-ups and public feuding, they went their separate ways, played the final, emotional shows, and dove head-first into separate projects, with Adam starting his solo project Love, Ecstasy and Terror, and  Justin forming the band Dream Club, both recording albums and playing shows at home in Los Angeles. But as sometimes happens, the universe had other plans, and in 2015, following a 4-year hiatus, fan, friend, and vocal supporter Lady Gaga put “Tear You Apart” in the premiere episode of her star turn in American Horror Story, instantly reigniting interest in the band. Suddenly SWR was back in the charts and steadily streaming, and overnight, the broken-up duo was now the “favorite new band” of millennials longing for more of what they heard on the show.

The band could no longer ignore the signs, and in 2016 they reunited for the 10-year anniversary of their debut album, and the original lineup of Warfield, Bravin, Scott Ellis (Drums), and Thomas Froggatt (Guitar), hit the road playing the album in its entirety for captive audiences worldwide. Old fans were ecstatic, and new fans were thrilled to finally see them live. They leaked the single, “Never”, and soon after followed up with “Big Love”. What started as a tour to honor their anniversary turned into a 4-year sprint across the US, Canada, Europe, and the UK.

The band was in top form, the tours were well-attended, and the momentum was building. In early 2020 after a run of sold-out shows in LA, they sat down to finally record a new album, but when the pandemic hit and their festival appearances and headline tours were cancelled, like everyone else, their personal and professional worlds were turned upside down.

Eager to try something new, wanting to step away from the nearly 2 decades of a creative, but combustible relationship, Justin was ready to call it a day. Though the reunion was fun, fulfilling, and successful, he felt the band had personally and creatively run its course, and despite new fans discovering them daily, high-profile public shout-outs from Billie Eilish and a newly minted platinum single, he still couldn’t see a way forward, so  the band announced they were finished.

Adam produced and developed other artists, moved deeper into painting and photography, immersed himself in the world of Web3, and continued to work on his solo projects. Justin made a solo album under the banner, WARFIELD, directed a concert film, took an A&R position, and started a music consulting company. They handled old business and spent time as friends, but when it came to the band, both avoided discussing, knowing it was a loaded topic. But in 2022, Warfield wondered aloud if the band still had unfinished business. What followed was a month-long conversation between Justin and Adam about the good, the bad, and the ugly of their long and fruitful, yet complicated relationship. And after some tough conversations, soul searching, and a willingness to do the work, they found a way forward. No longer would the band themselves, or the fans be deprived of more music. Feeling as though they had to make up for lost time, they decided to finally make that longawaited 4th album. Knowing they were never the most prolific of bands, they also felt that with their renewed enthusiasm, and a healthy, communicative relationship at the core, they could make as  many albums over the next five years as they had over the previous 15. With a new 5-person lineup featuring Justin on vocals/guitar, Adam on keys/samples/effects, Thomas Froggatt (formerly guitar) on bass, Spencer Rollins (a longtime creative associate and friend of the band) on guitar, and David Goodstein (a mutual friend of Justin and Adam) on drums, the revitalized SWR exudes the excitement and energy of bands half their age, and with tours planned through the fall, 2023 festival appearances already on the books, and the Justin and Adam more inspired than ever, She Wants Revenge is a band on a mission, grateful to still be able to do what they love, while continuing to grow as artists and individuals.