Live show and exclusive screening of their visual album, We Saw Blue. 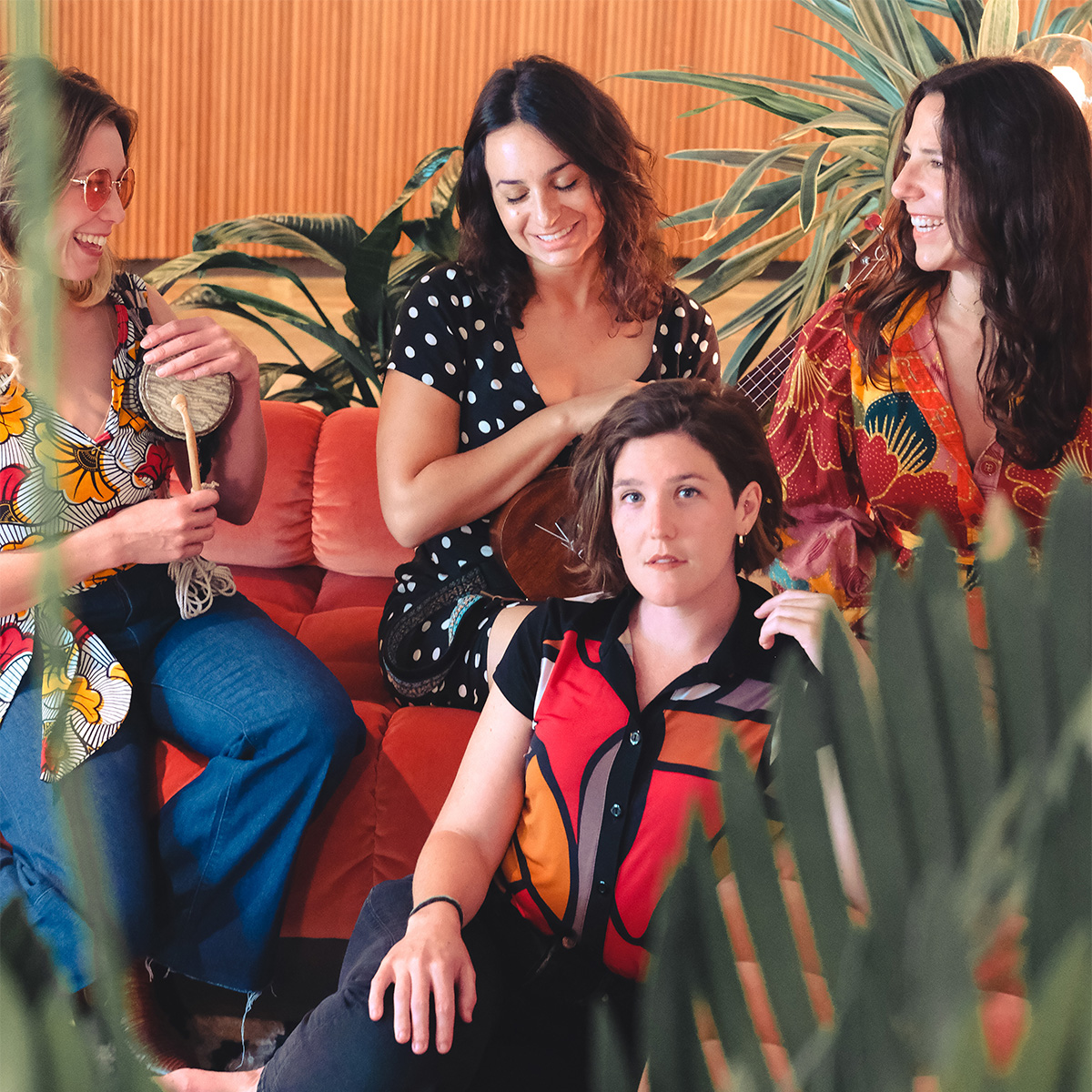 Four oceans, songstresses and visionaries flowing seamlessly through genres and languages to reveal the musical currents that connect us all.  Ley Line is the synchronistic union of Austinites Kate and Emilie and twin sisters, Maddy and Lydia. Rooted in rhythm and close harmony, Ley Line blends influences from North America, Europe, Latin America, and West Africa taking listeners on a musical journey.

Established in 2016, Ley Line has been acknowledged in their hometown’s thriving musical community with performances at Austin City Limits music festival, features as KUTX’s Artist of the Month, and nominations by The Austin Chronicle for Band of the Year and Album of the Year. In 2019, with consideration given to their guiding principles of unity, cultural appreciation, and respect for the natural world, Ley Line was awarded a major grant of $20,000 by the national artist patronage organization, Black Fret.

On the heels of their 2016 album, Field Notes, their sophomore release, 2020’s We Saw Blue has been described as a “healing wash…in a time of isolation of turmoil.” A self-produced Visual Album beautifully weaves together the songs with imagery and documentary footage of the group’s three month journey through Brazil  that inspired the album.

Ley Line has graced notable stages such as the Kerrville Folk Festival, The Northwest String Summit, SXSW, and the Telluride Bluegrass Festival alongside Bonnie Paine (Elephant Revival). They have also developed Travel By Sound, an educational program for youth and adults that promotes cross-cultural understanding and sharpens collective vision via authentic self-expression.