with The Belle Sounds 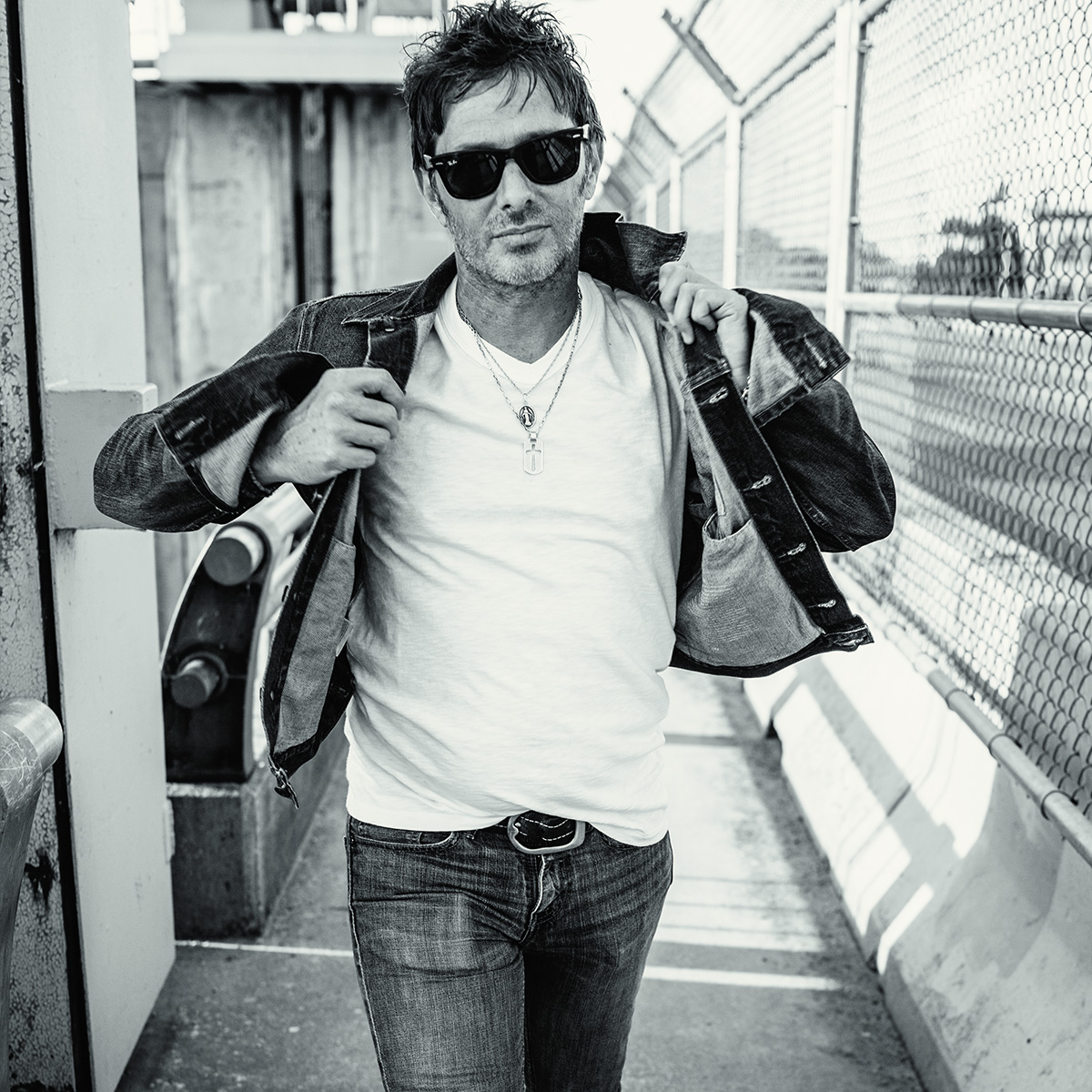 Masks will be mandatory for entry and must remain in place unless eating or drinking.

Johnny Goudie is a Cuban-American singer, songwriter, multi-instrumental musician, record producer and podcaster based in Austin, Texas. Through his four-decade career, Johnny’s musical experiences span the artistic gauntlet and include being the frontman of many bands including Goudie (Elektra Records), the guitarist/keyboardist/backing vocalist for renowned touring acts like Ian Moore & Bodeans, a songwriter working with the likes of Jane Wiedlin, Charlotte Caffey and Kathy Valentine (Go-Go’s), a solo artist capable of revealing a previously unseen intimacy, and of course, keyboardist/vocalist for SKYROCKET! During the pandemic year of 2020, Johnny wrote and recorded several songs that are being released as singles in the spring and summer of 2021.
In 2011 Johnny took his talents to the world of podcasting and launched “How Did I Get Here?”, an audio segment that takes the form of a casual living room conversation while simultaneously packing the punch of a formal interview. With thousands of subscribers, the show has garnered a worldwide fanbase through Johnny’s curiosity and disarming sense of humor. He’s hosted renowned guests like Ian McLagan (The Faces, The Rolling Stones), Dwight Twilley, The Bodeans, as well as up and comers like Black Pumas and Mobley. What was first an archive of Austin music history is quickly becoming a chronicle of music beyond city limits.

ABOUT THE BELLE SOUNDS

Synth-pop quintet The Belle Sounds have been called “one of the best pop bands in Austin” (Austin American Statesman), “Best New Band” (Austin Chronicle) and have their own day named after them in their hometown, but the band and its husband-wife core of Noëlle Hampton and André Moran have never been content to rest on their laurels. 2020 had them releasing one song per month, and making good use of the grant awarded to them by the local non-profit Black Fret by creating videos and new content. Additionally, their new releases garnered them a coveted spot on The Austin American Statesman’s Best of 2020 list, a KUTX Song Of The Day and a song land in the hit Netflix Show, Outer Banks. Hampton and Moran’s musical partnership has yielded incredible opportunities onstage too, from The Lilith Fair stage to opening slots for Wilco, Bob Dylan, Chris Isaak, Pat Benatar and more recently, Bruce Hornsby at Kirk Watson’s Under The Stars Benefit in Zilker Park during ACL Fest.
All the accolades are due to an ever evolving lineup and sound, now rich with lush soundscapes intertwined with effervescent harmonies and poignant lyricism. But all the floating guitars and layered synths are anchored by a reverence for good old fashioned hooks, a trait they share in common with their influences, which range from Kate Bush and Fleetwood Mac to Depeche Mode, Peter Gabriel and The Cure.
2021 looks to be another whirlwind year for the group with an EP scheduled for summer release and the band eager to showcase new material live, kicking off at 3TEN Austin City Limits Live with Johnny Goudie on June 25th.