featuring The #9 Orchestra and Special Guests 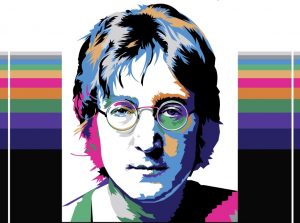 The #9 Orchestra is a group of accomplished musicians from Austin, Texas who ‘come together’ annually to pay tribute to the music of John Lennon and the Beatles. This year, 2022, will mark the 32th year they have celebrated this Austin tradition. They will perform their 32ND  Annual John Lennon Birthday Tribute on October 9,th John’s birthday, at the 3TEN ACL Live theater in beautiful downtown Austin.

Darin Murphy will be playing drums and singing. He has been touring nationally the past year with Todd Rungren and Christopher Cross for their 50 Years Ago Today tribute to the Beatles. He also was in the off-Broadway production of John Lennon sanctioned by Yoko Ono.

Randy Miller is known in Austin, Texas as the producer of the highly successful ALL ATX concert series. He was a founding member of Houston’s Zen Archer and has been performing Beatles music for most his life.

Singer, songwriter, and guitarist Stephen Doster’s late 2014 solo release Arizona was hailed a “masterpiece” with “one charmed melody after another” by Jim Caligiuri of the Austin Chronicle and an “exquisitely crafted classic” by Peter Blackstock of the Austin American Statesman. Both critics respectively selected it at the top of their “Best of 2014” lists. Doster’s follow up record New Black Suit was applauded as “similarly wondrous” by the American Statesman. The record was cited by KUTX in “Jody Denberg’s Top Tracks of 2017.” Denberg called it “the record I listened to the most in 2017.” In 2022 he released over the red sea on faw records which has received his most international airplay and acclaim to date.

Singer and guitarist Ben Cocke and singer and percussionist Dave Moerbe were original members of the Austin All Stars who hosted a long running jam session in Austin which featured a wide variety of guests from Sonny Bono to Robin Zander of Cheap Trick. Since the 70’s Moerbe has also been the drummer and one of the lead singers of Denim, a Texas treasure known for their latticework harmony vocals and feel-good songs.

When not performing with various symphonic groups throughout Texas and beyond, harpist Shana Norton is half of the internationally acclaimed duo Chaski who perform a variety of Celtic and Latin American folk music. Norton along with violinist Maria Nehring and keyboardist Bruce Marton form the orchestral sound of the group. They allow the band to perform many of the songs the Beatles themselves never performed live.

The Magical Mystery Horns featuring Sam Jeffrey, Stephen Jeffrey, and Kelly Hodge have been performing with the group for the last decade further allowing songs to be added to the repertoire that need a more flushed out sound. Sam Jeffrey’s piccolo trumpet solo on “Penny Lane” is always a hit with the crowd.

Please come and support the group as they hit 32 years of having fun and playing music that’s dear to their hearts.