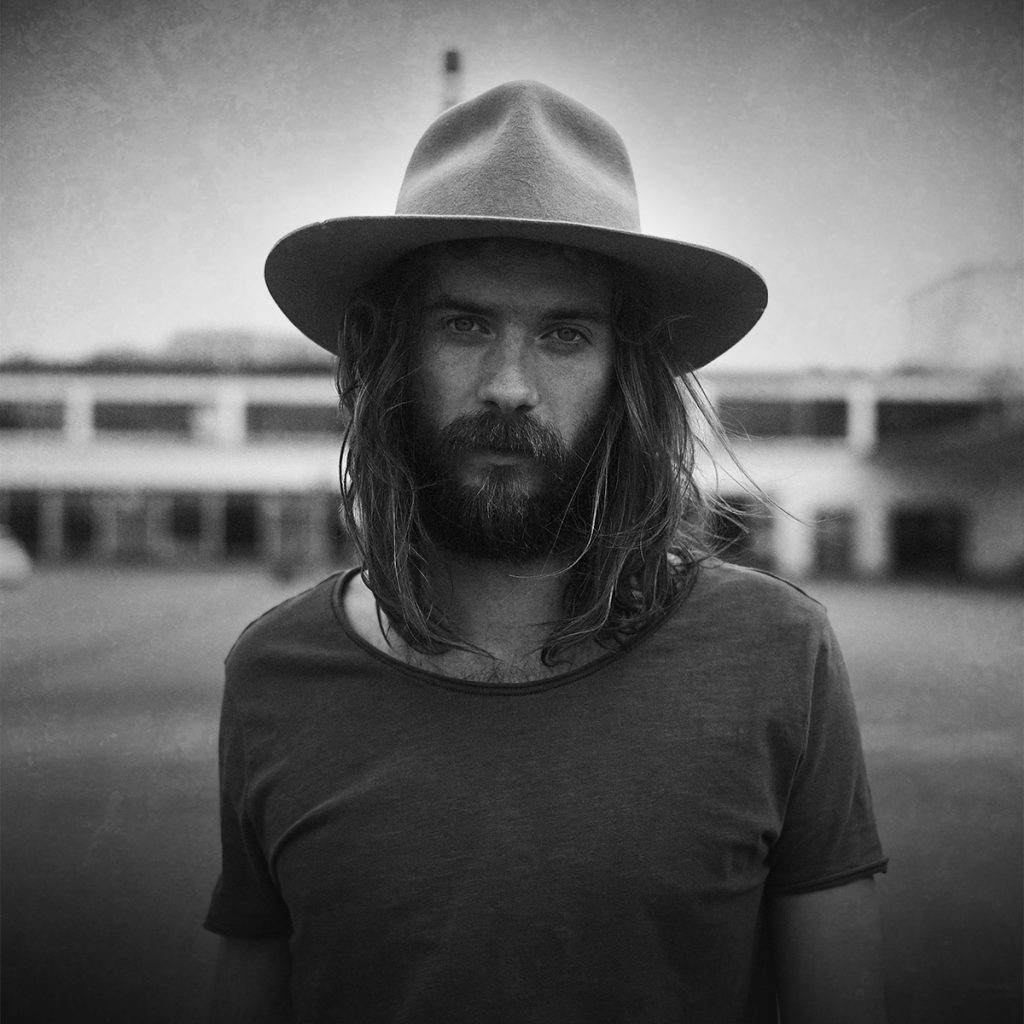 Like treasures awaiting discovery, every troubadour picks up songs on life’s journey.

Ultimately, places and experiences trace a musical map. Reverent of this tradition, Jack Broadbent assembles a poetic and personal pastiche from threads of folk, blues, rock, jazz, and Americana fastened together tightly by simultaneously virtuosic and emotive guitar playing. After logging countless miles on the road alongside everyone from Lynyrd Skynyrd to Ronnie Wood, putting up over 11 million streams, and receiving acclaim from Billboard, American Songwriter, Rolling Stone France and more, the UK-born singer, songwriter, and guitarist expounds upon the journey yet again on his fourth full-length album, Moonshine Blue [Crows Feet/Creature Records – 2019].

“It was written on the road while touring, so the songs were all penned in different countries, time zones, cities, and everywhere in between,” he recalls. “I wanted to put together an album that reflected everything I was excited about playing at the time. I didn’t want to stick to any one style or genre. So, the album naturally ended up very eclectic. For me, I guess you could say, ‘It’s all in there’. I love lots of different kinds of music, so if that’s what I’m feeling that day or in the moment, then that’s what I’ll write. It’s the next step on the journey.”

He took the first step back in rural Lincolnshire. Growing up amidst “rolling hills with all of the time in the world,” dad Micky Broadbent passed a love for music down to his son. By 12-years-old, Jack would perform at local folk clubs and pubs in addition to spending countless hours writing songs.

Inspired by Steely Dan, Little Feat, Buffalo Springfield, The Doobie Brothers, and Joni Mitchell, he developed an eclectic approach as “a blueprint” for his eventual solo material.  At 21-years-old, busking whisked him from home to London, throughout Europe, and all the way to Australia. Recognizing “a good crowd can be anywhere and you don’t even need to speak their language,” the experience “still applies now, because I just try to treat my shows in the same way: approachable and real.”

He delivered his debut album Public Announcement in 2013 and followed up with two more albums, 2015’s along the trail of tears and Portrait 1 year later. In 2016 things really started to heat up for Jack when he earned the endorsement of the Montreux Jazz Festival and Bootsy Collins who proclaimed him, “The new master of the slide guitar” and “The real thang.”  Jack spent the next few years touring, opening for the likes of Lynyrd Skynyrd, Peter Frampton, Johnny Hallyday, and Tony Joe White in addition to selling out headline dates on five continents. Anointed by various legends, Ronnie Wood of The Rolling Stones tapped him for a string of support dates in 2018/2019.

All of this set the stage for Moonshine Blue. Recorded in part at the Nashville studio of Skynyrd pianist Peter Keys, Jack enlisted the talents of saxophonist Miqui Guiterrez and Keys himself on piano. He even flew his father across the pond to lay down bass. Jack put the finishing touches on the nine tracks in Montreal alongside producer Bruce Cameron.

“Everything about the whole process was done with good friends and family—in good company” he says. “There were no real compromises or deadlines. I certainly feel that in the finished record.”

The title track “Moonshine Blue” is a wistful exploration of transformation and rebirth. The feeling drifts through “Wishing Well” where insistent strumming underscores spirited and soulful vocal delivery and an unmistakable message. Elsewhere, the stark “Everytime I Drown” is an intimate lament where warm precision plucking resounds. The record builds towards a poignant conclusion on “Too Late” directly culled from his sojourn. “I wrote it on my travels across Europe,” he remembers. “I’d visited a WWI memorial in Belgium and witnessed a group of ex-soldiers closing off the main street and performing ‘The Last Post’ on trumpets for their fallen comrades. Afterwards, I found out that they did this every night in the hope of honoring all the men who didn’t get a proper funeral. I found the scene so powerful I went away and wrote ‘Too Late’.”

Emblematic of an inimitable and now-storied approach, Jack notably plays slide guitar by using a signature hip flask. “The flask certainly kept me warm all those years playing out there on the streets,” he laughs. “It’s also in my opinion the perfect tool for the job as far as the shape and the attack, etc. are concerned. I used to play with lighters, glass bottles, and knives, but one day I found myself flask in hand and the rest was history.”

As Jack Broadbent trucks along with more music and touring, he fosters a longstanding connection on every step of the journey. “It doesn’t matter if you’re on a big stage or in the street, it matters what you put into it,” he leaves off. “When I started leaving home, traveling, and playing in new places, I realized it was the same everywhere. I’ve been moving ever since. It’s never changed; it’s just gotten bigger.”

Storytelling is something of a Texas tradition. Tall hats and even taller tales are woven into the fabric of The Lone Star State, and singer-songwriter, Jarrod Dickenson can spin a yarn with the best of them.

Hailing from Waco, now based in Nashville via Brooklyn, Dickenson spends most of his time on the road bringing his own particular brand of soulful Americana to a wide variety of music loving audiences around the globe.

“His songs carry an independent spirit and grit… a hard-bitten, yet romantic eye that seems bred into Lone Star Songwriters” – Q Magazine

“A voice like a young Tom Waits…Jarrod Dickenson’s songs are simply breathtaking, possessing melodies many of his peers would give their left arm for.” – No Depression

“In the tradition of old southern Americana, but with a feel of something current; storytelling with soul.” – Chris Hawkins, BBC Radio 6 Music