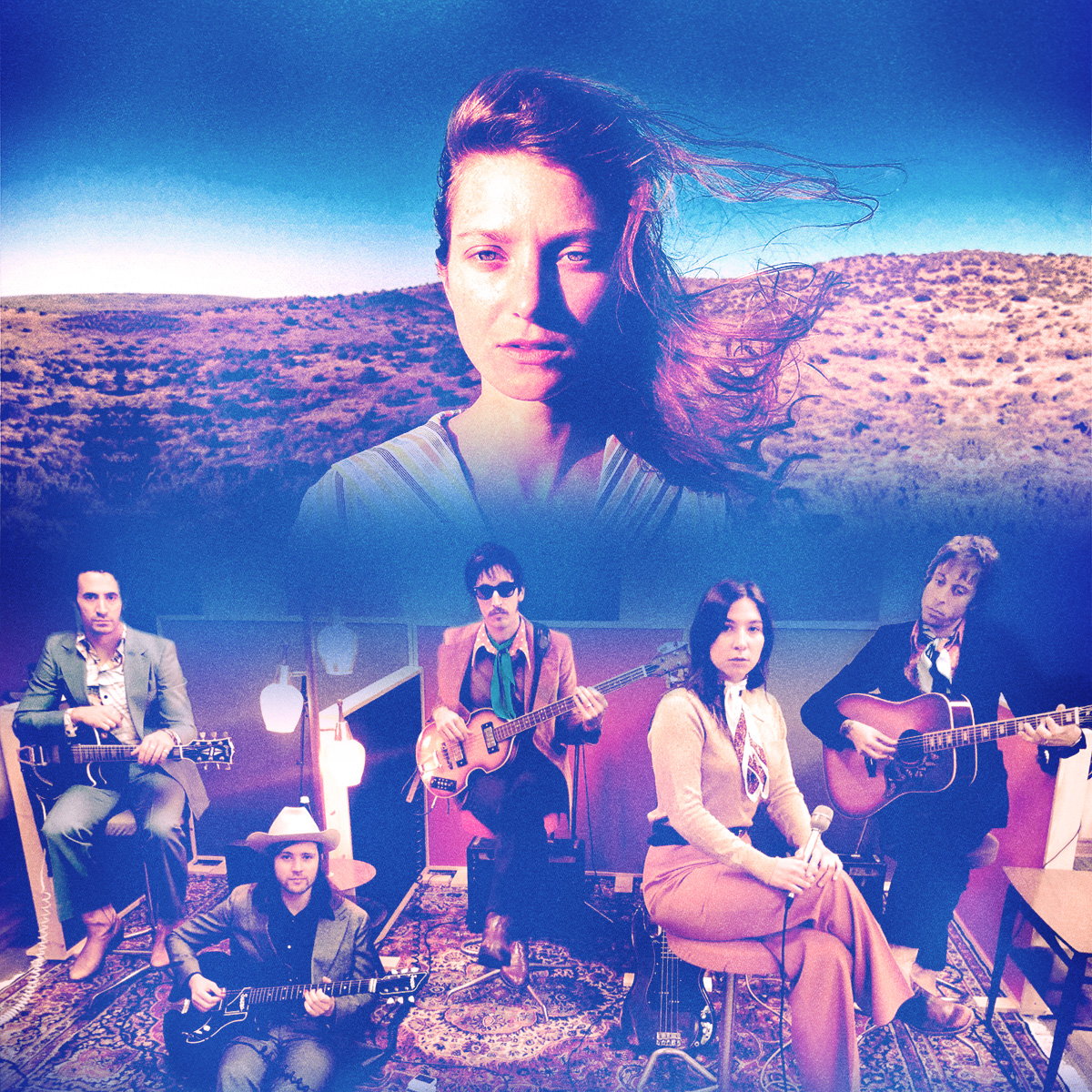 Inside a still life, but still alive…

There is something almost excruciating about the places in between. The feeling of falling, a reassertion of gravity as one step leads to another, but just before the foot lands. The purgatory between borders, before clarity becomes whole.

Still Life, Carson McHone’s third album and first release with Merge Records, quivers like a tightrope, with songs about existing within such tension and surviving beyond the breaking point. These are stories of sabotage, confusion, and surrender. The album is a testament to the effort of reaching, sometimes flailing, for understanding and for balance. Still Life invites us to gasp at our own reflection, while acknowledging the unsettling beauty in this breath.

​McHone’s 2018 internationally released Carousel (LOOSE MUSIC / NINE MILE RECORDS), produced by Mike McCarthy in Nashville, was a reimagining of songs from her formative years coming of age playing in Texas bars. It established her as a shrewd artist who raises unconventional questions with language equally at home in a short story or a poem.  Still Life addresses a broader picture. It is thematically more refined and yet more daring. McHone’s voice remains front and center, but it’s richer, darker. Wielded more than woven. A gorgeously wrought instrument for pushing meaning forward.

The songs of Still Life were written in quiet moments between tours and recorded away from Texas in Ontario with Canadian musician and producer, Daniel Romano. McHone says of the session, “Daniel is a perceptive player and his response was intuitive and organic. We attacked these songs as a blank canvas. Shadows sharpened and came to life as full vignettes that felt familiar in a magical way, a product of keeping things emotionally open. I think we picked up on things that were unwritten.” Together in a home studio they cut almost the entire record themselves, calling on two friends, the versatile Mark Lalama on accordion, piano, and organ, and David Nardi with some savvy saxophone to round it out. The phrasing and tones recall the late 60’s and early 70’s, another era of transition and innovation (think John Cale, The Kinks, Richard and Linda Thompson).

This first time collaboration brings a compelling dynamic. The musical punctuation is intricate, erratic, and at times even playful. The arrangements provide texture to the landscape of the songs while sustaining the underlying thematic tension. The album opens with “Hawks Don’t Share” a literary allusion to the creative sabotage that often confronts artistic alliance.  A pair of sparring electric guitars sets the scene, mirrored in the line, We’re both boxers babe/ we don’t make love.  Bright horns pop between phrases overtop a tight rhythm section. A jangly twelve string leads us into a driving chorus with big vocal harmonies and layered synth. The title track plays out an anguished spiraling. Right at the point where language fails, the vocals break away into fuzz guitar and violent, incessant piano, as if the turmoil can only be expressed by music.

In “Sweet Magnolia” the strings, horns, and piano create a perfect orbit for the mannered intensity of a song that soars but is essentially spoken. “End of the World” builds with dark and dissonant violins over a repetitive major guitar progression leaving us hanging on its final line, tell me what do you know of restraint?  The punchy sax and tumbling toms of “Only Lovers” play into the ruse of pretending you haven’t already fallen when you have. The background vocals are like a playground taunt.  “Someone Else” cuts right to the punch. I’m caught between the two/ sweet despair and hope renewed/ say it ain’t profound babe. The lyrics are wry and the vocals perfectly nail the attitude.  The rollicking organ and the hammering piano conspire to bust down the door and pull us along. Again, McHone takes us to the in between, and this is a ride we want to take.

There are raucous and light hearted moments but ultimately this album is concerned with serious themes.  More than timeless, this record is timely, inherently modern, immediate. The final song, “Tried”, acts as a kind of eulogy for the spaces these songs embody. The bardo one must emerge from. The album challenges us to take responsibility for what we experience and how we negotiate gravity moving forward. Still Life summons us to the present in all its complexity, daring us to join in the deliberation. Here is an exposé of conscience, and a confirmation of the inherently hopeful act of creation.

An insightful, subtly witty, and prolific Canadian singer/songwriter whose music reflects a mix of Nashville’s countrypolitan era, ’60s psych rock, and a host of other eclectic influences, Daniel Romano earned widespread acclaim with the release of his 2011 album Sleep Beneath the Willows, which made the shortlist for the prestigious Polaris Music Prize. Signing with New West Records, he continued writing and releasing albums at a rapid pace, turning out additional highlights like 2015’s If I’ve Only One Time Askin’ and 2017’s Modern Pressure. In 2020 he released a slew of albums via his own You’ve Changed Records, including How Ill Thy World Is Ordered.

Romano was born in Welland, a city in Southern Ontario, in 1985. His parents were folk musicians, while his grandparents were fans of vintage country, and he grew up with a taste for classic folk and country sounds; he also developed a proficiency on a number of instruments, including guitars, drums, pedal steel, and keyboards. While he was in high school, though, Daniel and his brother Ian Romano were bitten by the punk rock bug after hearing straight-edge pioneers Minor Threat, and the siblings formed the indie punk band Attack in Black. While Attack in Black developed a loyal following in their native Canada, and their second album, Marriage, earned the group an award as NXNE Favourite New Indie Record Release at the 2007 CASBY Awards, bad business deals made trouble for them, and they released their final album in 2009. (During Attack in Black‘s run, Romano also landed a side gig as drummer and multi-instrumentalist with City and Colour, a project led by Dallas Green of Alexisonfire.)

Frustrated with the music business, Romano channeled his emotions into new songs that reflected his country influences, and after forming You’ve Changed Records with Steve Lambke of the Constantines, he released 2009’s Daniel, Fred & Julie, a collaborative session with fellow songwriters Julie Doiron and Frederick Squire. Romano used his experiences in Attack in Black as the basis for his first solo effort, 2010’s Workin’ for the Music Man, which Romano recorded in his own private studio, with the artist handling nearly all the instruments himself, a practice he would follow on most of his subsequent work. Romano’s second country album, 2011’s Sleep Beneath the Willow, received a longlist nomination for that year’s Polaris Music Prize, awarded to the year’s outstanding Canadian album regardless of genre or commercial success.

In 2013, Romano struck a deal with an American label, Normaltown Records, a subsidiary of New West Records devoted to up-and-coming independent artists, and Normaltown gave Romano his first U.S. solo release, Come Cry with Me. He was moved to the official New West Records roster for his next album, 2015’s If I’ve Only One Time Askin’. For his second New West release, 2016’s Mosey, Romano took a creative detour, adding a strong dose of ’60s and ’70s pop influences to his music and turning back the country accents. That same year saw the prolific Romano release the eponymous debut from his proto-punk/power pop alter ego, Ancient Shapes.

Drawing inspiration from artists like Lee Hazlewood, Leonard Cohen, Serge Gainsbourg, and Randy Newman, Romano headed to Finnsäs, Sweden, with longtime engineer Kenneth Roy Meehan to record the follow-up to Mosey. The resulting Modern Pressure was released in May 2017. With a seemingly bottomless well of material, Romano kicked off 2018 with the surprise digital-only release of two albums, Nerveless and Human Touch, returning in December of that year with yet another album, Finally Free, which he recorded using a minimalist four-track cassette setup. 2020’s OK Wow was a collection of fan favorites recorded live in Scandinavia during a tour by Romano and his road band the Outfit. Later that year he issued the studio LP How Ill Thy World Is Ordered under the Daniel Romano’s Outfit moniker. ~ Mark Deming, Rovi