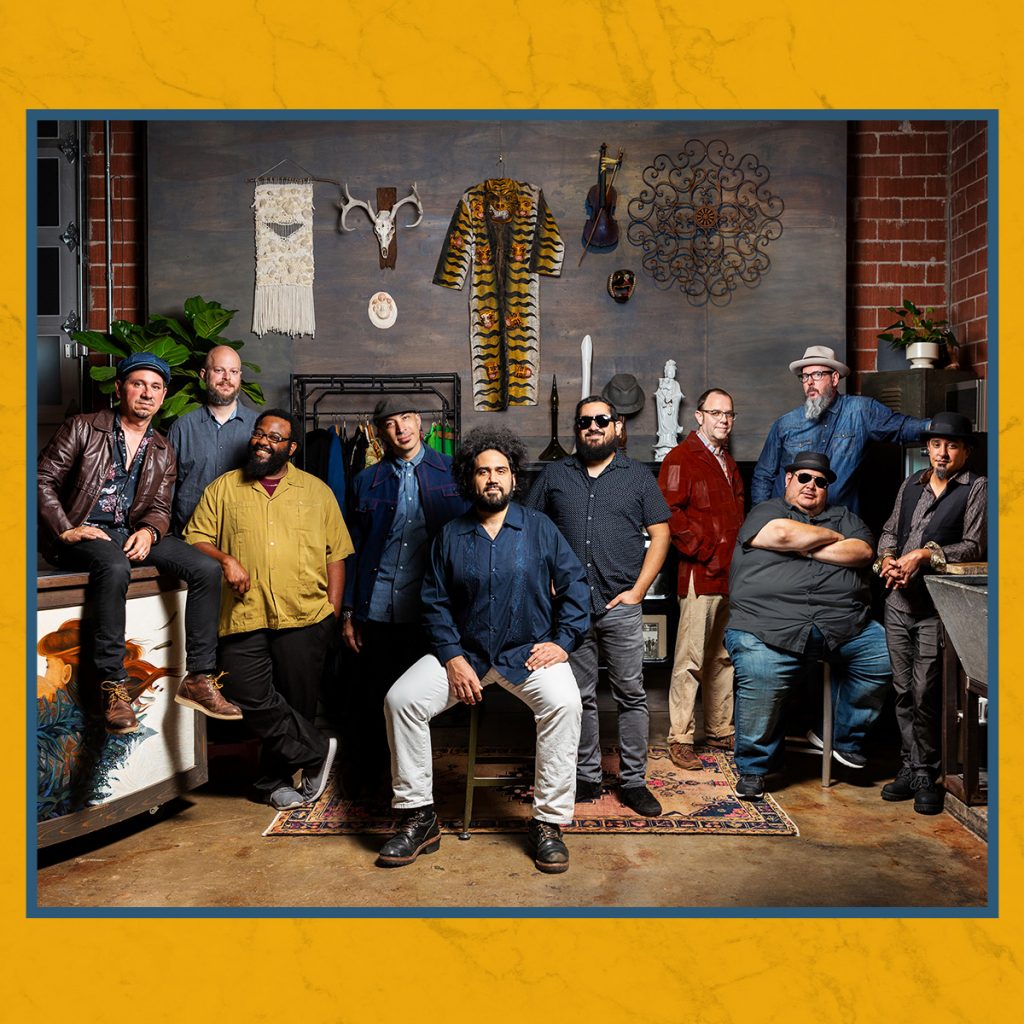 “Texas’ Latin Funk Powerhouse” (Stereogum) Brownout is back with a bar-raising new album The Berlin Sessions, produced by Steve Berlin of Los Lobos. Their first full length album of original music since 2012’s Oozy, the album was recorded immediately after the release of their critically acclaimed Public Enemy Instrumentals project ‘Fear of A Brown Planet.’ The dynamic, supremely funky new LP is their first with lead singer Alex Marrero, whom they originally collaborated with on their wildly successful Brown Sabbath records. The Berlin Sessions finds the group merging a multitude of styles, from rock to psych and of course the Latin Funk and Breakbeat on which they have built their twelve-year career and reputation as Austin’s premiere party-starters. The Berlin Sessions drops in early March on Fat Beats with a pair of shows at Austin’s 3TEN ACL Live.

Nané is an indie R&B outfit from Austin, Texas. They broke out into the Austin music scene in Summer 2019 with a series of sold-out shows shrouded in Stay Gold’s glittering curtains. In their 12-month rise, they’ve played for crowds of over 1,200 people, recorded their debut record, and released their anthemic debut single, “Always On My Mind,” which was featured as the Song Of The Day for Minneapolis’ highly esteemed station, 83.9 “The Current.” Called Nané as a term of endearment by his family in the Dominican Republic, Daniel Sahad determined the band’s name with a communal approach in mind – when you call him (and his band) Nané, you’re family too.