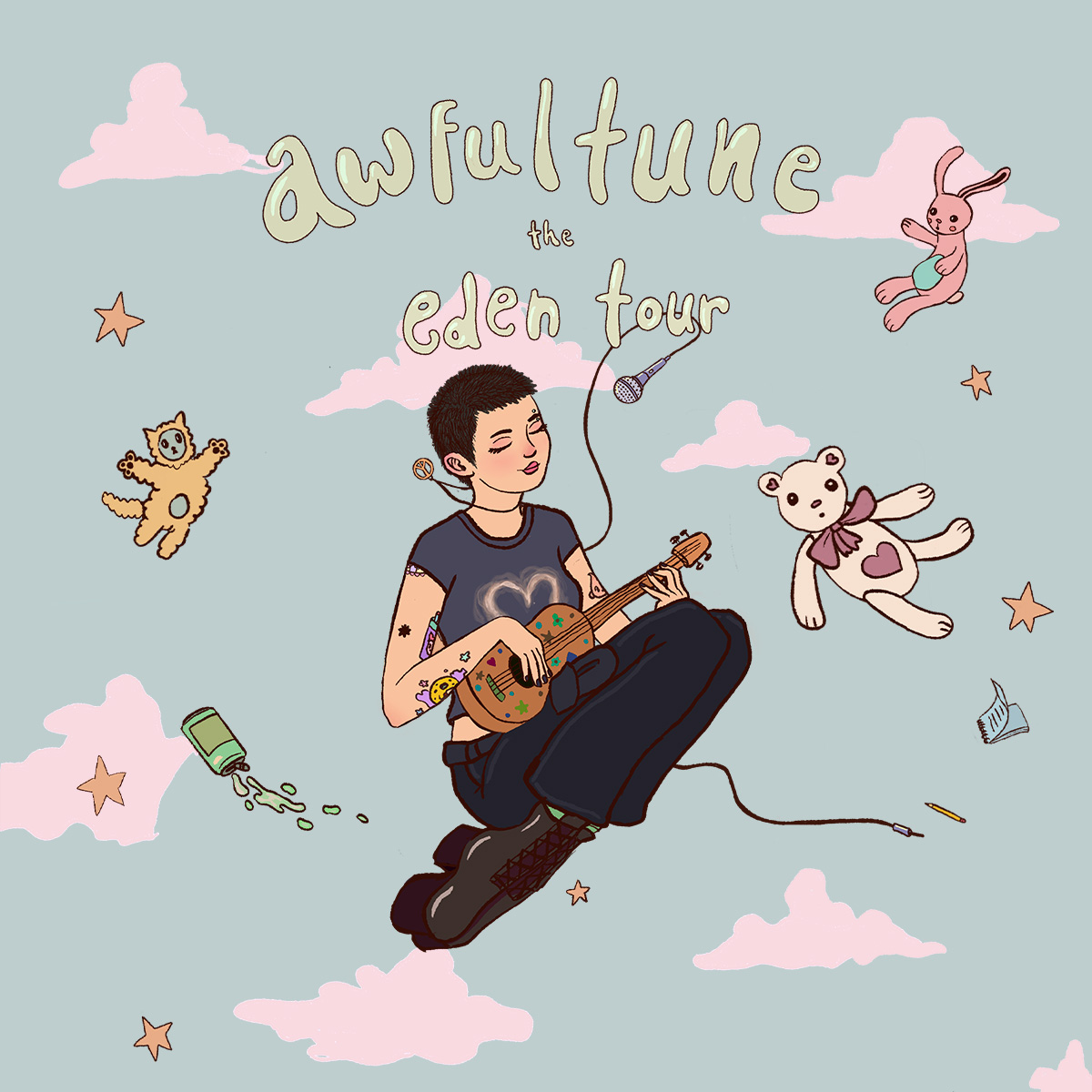 “due to personal health issues i am heartbroken to announce that i am canceling my upcoming tour. this decision has been an incredibly difficult one, that i did not take lightly.

for those who have already purchased tickets, you should receive those refunds soon and i appreciate you and thank you for supporting me. i am definitely looking into options for shows in the future. i look forward to 2023 with you, but for now i really need to focus on my health and well being.”

Layla Eden (known musically as awfultune), is nothing short of a resplendent musical mirror of her own human experience. Floating a few covers on through the SoundCloud stratosphere circa 2017, Eden promptly adorned them self with the awfultune moniker, on account of their belief that their efforts would fall on deaf ears. Wrong she was. In 2022 she now touts over three million monthly footfalls on Spotify—officially evolving out of indie bedroom-pop obscurity.

Born and bred in upstate New York, Eden’s musical evolution is intrinsically entwined with their own adapting identity. From plaintive to sweetly serene, their chromatic catalog of dream like compositions has succinctly echoed their transition from male to female—becoming whom she’s always been. She is both an austere champion of the LGBTQ+ community and a perennial advocate for anyone who’s simply ever felt alone or estranged from themselves.

While rife with reverie and emotional complexity, an awfultune original prides itself on its minimalism. For Eden, the narrative is usually upfront and center. A dazzling emblem of this story-centric ideal is their impassioned, quintessential offering of 2019, “I Met Sarah In The Bathroom.” More rooted in emotional truth than reality, Sarah represents Layla’s bolder, uninhibited alter ego. More than anything, it is a love letter to them self. Now having amassedover400 million global streams, their catalog is a thrilling culmination of their story so far. Having recently taken listeners on a rainbow-fueled journey chronicling their own experiences of transition and embracement of the LGBTQIA+ community with album “eden”, awfultune shows no signs of slowing.