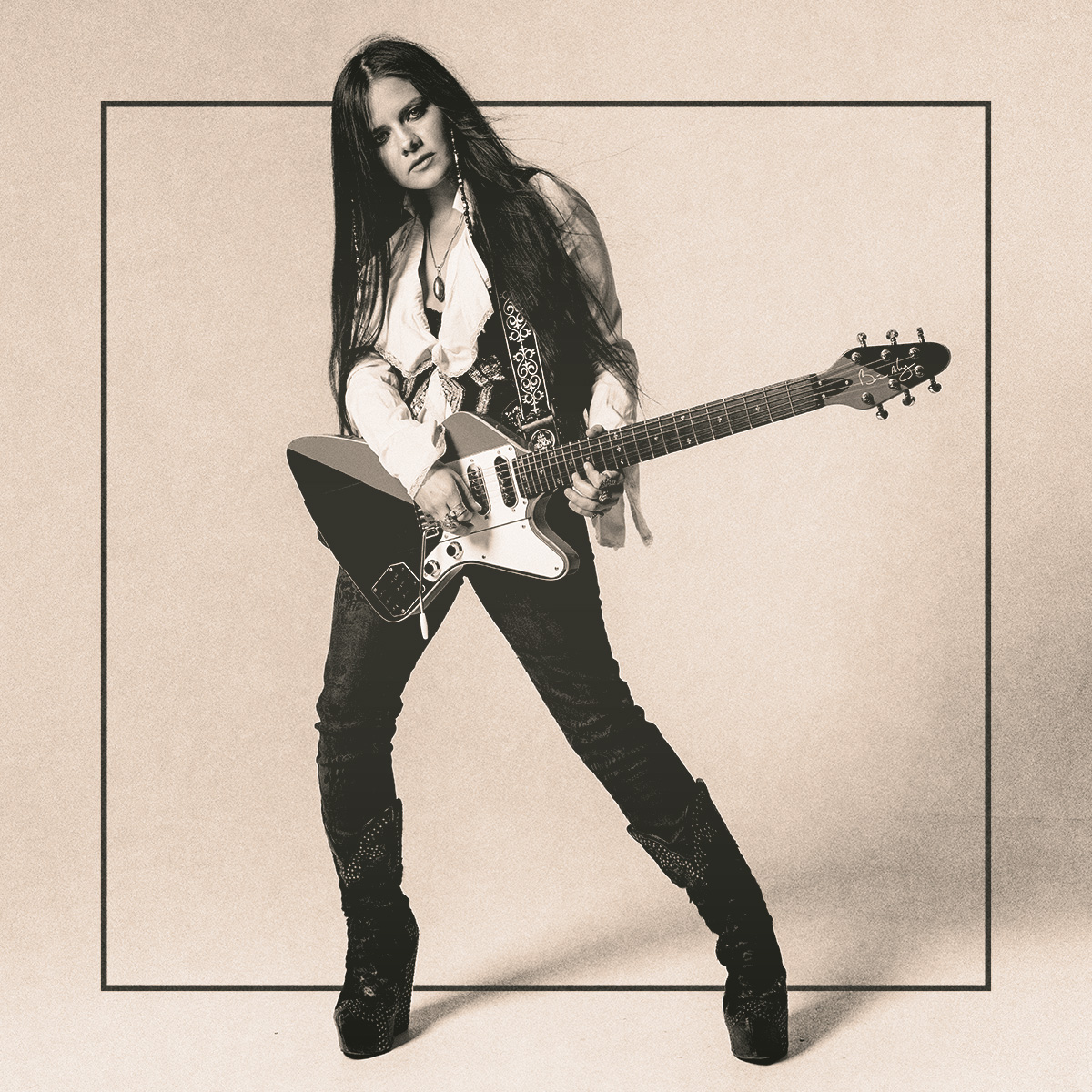 Born in the US, but a self-proclaimed wanderer, Arielle began studying music at the age of 5. A child prodigy, she attained a degree from Musician’s Institute in Los Angeles, and continued her education at London’s Institute of Contemporary Music Performance.

At the age of 18, good fortune ensued when Arielle was handpicked by guitarist Brian May for a key role in the London-based musical “We Will Rock You” – a production based on the songs of his band Queen. From the cover of Guitar Player Magazine, to being recognized by country superstar Vince Gill as one of the ‘Top 5 Best New Guitarists,’ to being cast as a guitar player on the hit TV show Nashville, to ascending to No. 3 on the CMT Pure chart with the song “California,” as well as being featured on vocals and guitar on the new Joe Bonamassa documentary “Guitar Man” with the credit track. She has released 9 albums/EP’s, one of which placed in 11 chart genres in 2017 independently, including #3 in the Heatseekers Chart.

Her pride and joy is the “Two-Tone,” an extraordinary one-of-a-kind guitar she painstakingly designed, and hand-built, with her friend Patrick Yates. Brian May Guitars released a signature model-based on Two-Tone and the Brian May Red Special called ‘The BMG Arielle’ in March 2021.

Christine Renner is an indie rock/pop artist based in Austin, Texas. Her music is romantic and relatable with undertones of anthemic rock & roll. Listening to her songs feels like reading a journal entry about someone you used to love. Nostalgic of the past, yet finding solace in the outcome. Christine maintains the lyrical, poetic vulnerability all great songwriters carry while sonically providing us with edgy instrumentations and arrangements connecting the musical dots between Taylor Swift and Led Zeppelin.

At 21, Christine is preparing to release her 4th studio project “Heartbreaker“ in early 2021. Self described as “shimmery passion rock”,  her latest music is a time traveling experience with a genuine look into being a young, twenty-something, and the experiences of finding your way through love. With immaculate production by Grammy nominated producer, Chris “Frenchie” Smith, listeners can expect to hear a sound reminiscent of classic rock & roll paired with Christine’s powerhouse pop vocals… is it still 1980?